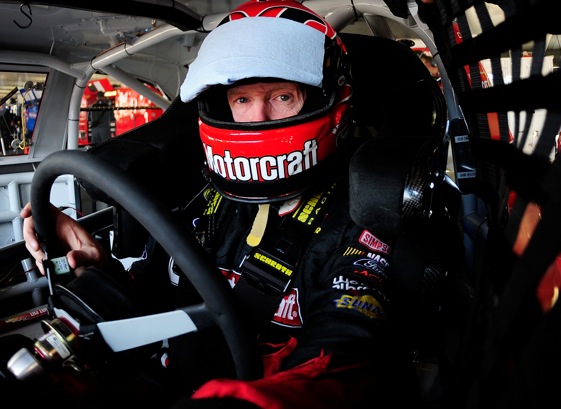 Geroge Elliott was a die-hard Ford supporter.  His sons, Bill and Ernie carried on that die-hard Ford fervor, racing for Ford throughout the 1980’s and 90’s.  Additionally, Bill Elliot has spent the last four seasons racing for a Ford legend, the Wood Brothers #21 Motorcraft Ford.

Later this week, when NASCAR entertains testing on the new surface of the historic Daytona International Speedway, Bill Elliot will be driving the James Finch Phoenix Racing #09 Chevy.  Elliott said he plans to run at least 18 races in the James Finch-owned car, and said that he feels he’s plenty capable of giving the car a good run.

“I’m still in good shape physically,” he said, adding that he was pleased with the way he ran at times last fall in the Wood Brothers Ford.

The team will use engines and equipment from Hendrick Motorsports, and the deal also means that Finch will help support Elliott’s son, Chase, who stunned the short track world with his success in 2010, when he won the Winchester 400, a race at North Wilkesboro Speedway and the Gulf Coast championship, which includes racing at Five Flags Speedway in Pensacola, Fla, and Mobile International Speedway.

“I watched Chase at the Snowball Derby,” Finch said. “That kid’s going to be the real deal.”

Finch said he plans to run the full Sprint Cup schedule with the #09, and that Elliott could make more starts depending on sponsorship. He said he’s cutting back on his Nationwide Series efforts and will focus on the races at Daytona and Talladega.

What is your view on “Awesome Bill From Dawsonville” putting on a Chevy bow tie?