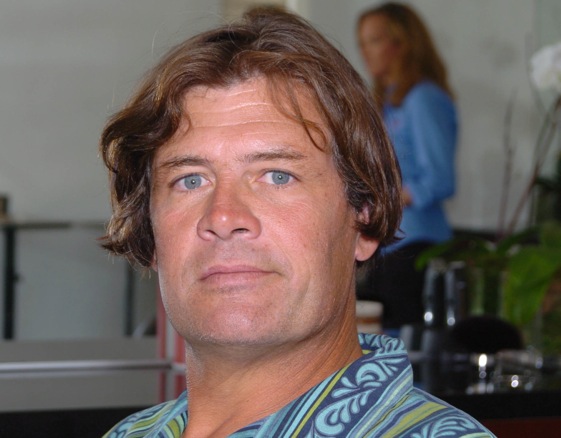 “She was the one in our family who always had a joke or a funny remark. My mom was able to make us laugh, and that laughter helped lighten up a lot of dark moments. She taught us that sometimes you have to laugh or cry, and that it’s better to laugh if you can,” Waltrip said.

Obviously that advice has served him well through a racing career that has had more jerky movement than a 1950’s elevator at J.C. Penney’s!  Notwithstanding, Mikey is taking his act on the road.  Waltrip, in addition to being a NASCAR team owner, is going to try his hand at standup comedy.

One can only hope he knows what he’s getting into. As indicated by some of the barbed reader responses to a story by RacinToday.com’s Jim Pedley about Waltrip’s aspiring comic career, he may be facing some tough crowds.

Someone wondered if, based on his track struggles, Michael had ever been arrested for impersonating a race driver! Another said it’s a fitting move, since his entire racing career has been a joke.

Comedy, he’ll discover, is no laughing matter. Crashing in a comedy club can hurt just as much as crashing at Talladega, Daytona, Bristol, or anywhere else that requires the endurance of an instant mega-G stop!

Nevertheless, Waltrip has a thick skin. After all, nothing has ever come easy for him, starting with having to follow in the footsteps of his famous big brother Darrell.  Darrell, 17 years Michael’s senior, was an established superstar when his kid brother was still running dirt tracks around Owensboro, Ky. When Mikey moved up, fans expected him to be as great as his brother. Michael Waltrip, like Kyle Petty, discovered he had an impossible act to follow!

Even his greatest triumph came with a huge price tag, the most somber of dark shadows. What should have been the highlight of his racing career, a victory in the 2001 Daytona 500, was shrouded by the death of his car owner, and good friend, Dale Earnhardt, Sr.

Like a lot of people who endure hard life experiences, including Pulitzer Prize-winning humorist Dave Barry, Waltrip found refuge in humor.  Mickey was no exception.

Michael’s natural wit, his likeable personality, and his down home demeanor have served him well.  Those attributes have made him one of the most successful pitchmen in that sport’s history.  Even when he wasn’t winning races, his commercials were selling NAPA parts and Aaron’s furniture!

When Mikey takes the mike and starts cracking jokes one can only hope he knows what he’s in for. Those late-night heckling bar audiences can be brutal!

Out on the stage there’s no safety rescue crews waiting in the wings to rush to his aid, no Jaws of Life to pry a comic from the wreckage if he bombs and crashes, and no infield care facility waiting to breathe life into a dying comedy routine!  He’s on his own out there.

What is your take on Mikey “taking it on the road” and trying his hand at comedy?