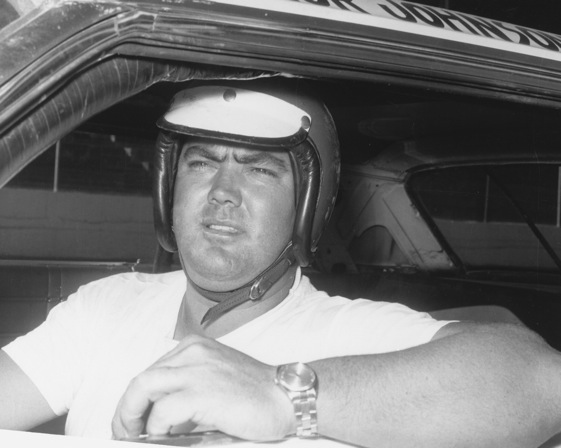 The man generally credited with the saying, “Know how to make a million dollars in racing?  Start out with 2 million dollars!”, Junior Johnson, is once again entering the NASCAR foray as a car owner.

Over NASCAR’s storied history, there have been hundreds of men tried and failed in their attempt to make money in racing.  Most likely more men have lost their butt in racing than in the gold rush on the 1850’s.  It appears that those men should have heeded Junior’s warning.  Yet the man who coined that phrase is apparently defying his own logic, at this the worst possible economic conditions, and getting back into “the racin’ bidness”!

According to a story on SPEED.com by Mike Hembree, Junior is in the process of hiring several employees for the Junior Johnson Racing team he is building on the family farm in Hamptonville, N.C.  Junior plans to field cars for his 17-year-old son Robert.

Robert, a high school junior, has often expressed interest in following in the tire tracks of his Hall of Fame father and has already run some lower-level races.

If it were anyone else one would say this is a classic case of a doting dad letting his heart over-rule his head. But Junior Johnson is not just any doting Dad, this Dad knows what he’s doing!

During his driving days, Johnson was as good as there was, and became equally successful as a team owner. Junior was tough and competitive as driver and shrewd and businesslike as an owner. That’s a hard combination to beat, and few did.

WOMR always been a Junior Johnson admirer, and totally agree with Tom Wolfe who immortalized Junior in the famous Esquire article tiled “The Last American Hero.”

Forget Junior’s Snuffy Smith, country-bumpkin façade. He can look, talk and act like a backwoods mountaineer 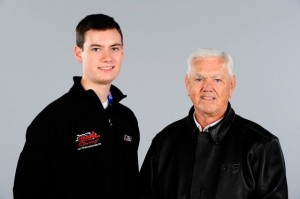 (Robert Johnson and his Hall of Fame father)

when he wants to, but beneath the act he’s as money-smart as a Wall Street banker and as marketing-shrewd as a New York advertising executive. Do you remember who brought R.J. Reynolds Tobacco to NASCAR, opening up a gold mind that forever changed the sport?

Even though he’s been out of the sport for years,  Johnson hasn’t forgotten what it takes to woo corporate sponsors and make cars go fast. Just because the ol hound rests under a shade tree for awhile doesn’t mean he forgets how to hunt!

WOMR suspects that ol Junior hasn’t forgot how to make a car go fast.  If that suspicion holds true, look for Junior’s kid to start making a name for himself in the K & N East series soon, and possibly move on up into the three elite touring series of NASCAR in the near future!

So far Dale Earnhardt, Jr. has been carrying the torch as the son of a NASCAR legend in the upper echelons.  But wouldn’t it give you goosebumps seeing ol Junior Johnson coming through the tunnel at Daytona one more time?  It might be a few years before that could happen, but there are stranger things that have happened!

What is your thoughts on “The Last American Hero” getting back into “the racin’ bidness”?