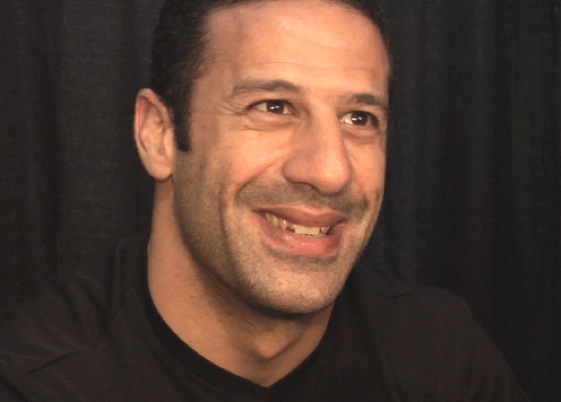 Tony Kanaan, the 2004 IZOD IndyCar champ, has signed a contract for the 2011 season with de Ferran Dragon Racing.  This gives the three year old team a very high profile driver, Kanaan will drive the #2 Dallara/Honda.

“This is a great signing and a major coup for de Ferran Dragon Racing,” said Gil de Ferran, president of de Ferran Dragon Racing, the 2003 Indianapolis 500 winner and two-time CART champion. “He is a proven champion and brings with him a great record of success on the track. Tony has consistently placed at the sharp end of the field for more than a decade and shows no signs of letting up. I am sure his contribution to the team, both in terms of speed and experience, will be invaluable to our development and future success.”

“Tony’s presence is also a significant vote of confidence for our young and developing team. This news certainly clarifies that we are serious in our intention to become a major force in the series.”

Kanaan, who turns 36 on Dec. 31, made his first start in the series in the 2002 Indianapolis 500. He joined Andretti Green Racing for the full 2003 season, providing the team its first pole start and victory in its second race. In 2004, Kanaan set an unrivaled record by becoming the first driver in major auto racing history to complete every lap of every race for an entire season on his way to winning the series title. Kanaan won three events and led a record 889 of the 3,305 laps he completed in the #11 entry during the 16-race ’04 season.

A 14-time IndyCar winner, Kanaan has finished in the top six of the championship standings in each of his eight full seasons in the series. His tenure at Andretti Autosport, the successor to AGR owned by Michael Andretti, ended as a free agent when primary sponsor 7-Eleven pulled its backing at season’s end.

“I am really excited to be working with de Ferran Dragon Racing,” said Kanaan, a native of Salvador de Bahia, Brazil. “I have a great deal of respect for (team owners) Steve Luczo, Jay Penske (son of Roger Penske) and, of course, Gil, who I have known for many years both as a driver and now as a team owner. I know that the owners have a passion for the sport and a dream of being among the best in the series and will assemble all the right skills to turn this team into something really special.”

“There is no doubt we have a lot work in front of us, but the energy I’ve felt from this team for becoming a top player and winning convinced me that this is a team where I can truly contribute and make a difference through my years of experience. One thing is for sure – 2011 is going to be a great journey for us all,” Kannan concluded.

This is going to prove to be a very interesting combination for the IZOD IndyCar series.  Tony Kanaan is just what this race team needs to propel it into the next level of competition in the series.  Watch out for de Ferran Dragon Racing at the Indy 500, they just might be the dark horse!