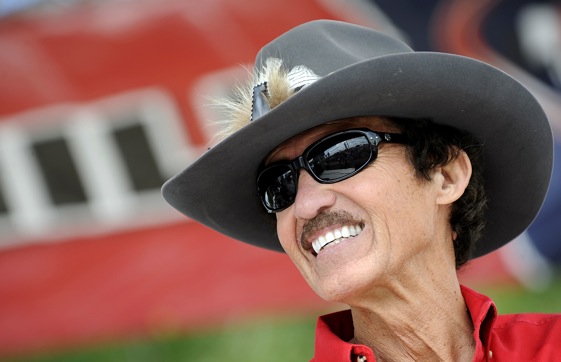 Petty, is a seven-time NASCAR champion who has won 200 races, including 10 Daytona races. Known in the NASCAR world as “The King,” Petty will serve as Chairman and will be actively involved in overseeing day-to-day operations of the company.

“Today is a great day for me, my family, our fans and our wonderful sponsors. Ford, Stanley Tools, Best Buy, Valvoline, Reynolds, Air Force, Super 8, Paralyzed Veterans of America (PVA), WIX Filters and Menards have supported me through thick and thin and I thank them from the bottom of my heart,” Petty said.

Jamie Allison, Director, Ford North America Motorsports, said in a statement: “We’re elated that Richard Petty has been able to complete this very complex task of restructuring Richard Petty Motorsports.  Everyone knows that The King is a motorsports icon and to have him part of the Ford Racing family is something we cherish.”

“George and Foster Gillett deserve a great deal of credit for running a successful race team,” commented Petty. “They made a significant investment into the business and helped get back into Victory Lane. Going forward, we have put together an all-star ownership team consisting of myself, Medallion, and VeriFone CEO Doug Bergeron.”

Medallion Financial, a publicly traded investment company, has invested over $3 billion in companies since its IPO in 1996 and its board members include such notables as former New York Governor Mario Cuomo, former Connecticut Governor and Senator Lowell Weicker, and another “King” of his sport, Hank Aaron. The Murstein family is the largest shareholder in Medallion, owning approximately 20 percent.

DGB Investments is an investment vehicle of Canadian-born investor Douglas G. Bergeron, CEO of VeriFone Systems, Inc. (NYSE: PAY), San Jose, Calif. In 2001, Bergeron and DGB participated in the acquisition of VeriFone Systems from Hewlett-Packard in a transaction valued at $50 million. Today, VeriFone’s market value exceeds $3 billion dollars and Bergeron remains CEO and one of the largest individual shareholders.

Richard Petty concluded, “Our partnership with Andy Murstein and Doug Bergeron will help take us to a whole new level and I could not be more excited about our future.”

With this latest transaction it would appear that once again, “King Richard Petty” will be able reign again as King of NASCAR!

What is your view on this latest financial twist of Richard Petty Motorsports?