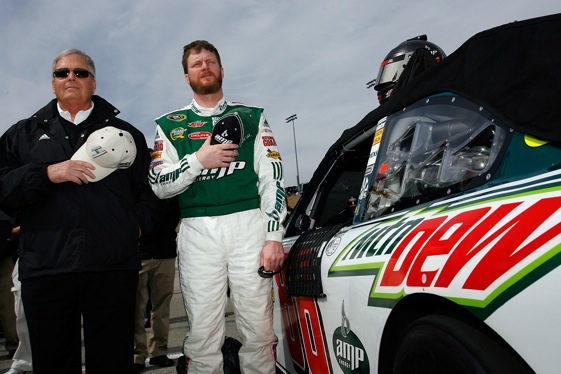 In a Wednesday morning teleconference with the media, NASCAR team owner Rick Hendrick reiterated that the massive changes going on at his race shop, Hendrick Motorsports, are the results of his belief that people on his team “had gotten complacent”.  He said that since his announcement of the change of crew chiefs in three of the four race teams that his organization fields in the Sprint Cup level, there is a “new energy” in the entire organization.

Hendrick announced the changes, the planning for which began after the race at Texas Motor Speedway three weeks ago, on Tuesday. The only team not affected is that of Jimmie Johnson, who won his fifth straight championship last weekend.

Hendrick said that he is still looking at changing over-the-wall people up but that “is a work in progress”.

“Significant changes need to be made for sure” on the pit crews, Hendrick said.  He said that no people in the race shops will be moved around.

Hendrick said that the decision to make the moves was his and, “It’s not one of those things that you can vote on.”

“We all needed something to get excited about,” Hendrick said, “a new challenge.”

Hendrick denied media assertions made in the hours since the changes were announced that the situation of Earnhardt was the major emphasis. Instead, he said, it was to “pair people up that I thought would be good together.”

He did say that the failure of Earnhardt to perform at consistently high levels, Earnhardt has won just one points race since joining HMS for the 2008 season, has been frustrating to Hendrick.

“I have never had as much pressure” as when Earnhardt joined the team,” Hendrick said. “I knew when I brought him on the world would be watching.”

Hendrick said he thinks Letarte, who has been with Gordon since 2006, is a perfect match with Earnhardt.

“He,” Hendrick said of Letarte, “has tremendous people skills. He is a leader and is a no-nonsense guy when he come to the race but he has the ability to make people feel comfortable and at the same time get the job done. With the kind of season Junior’s had, Stevie will be a perfect fit for him.”

While no votes were taken at HMS about the moves, Hendrick did say that Gordon signed off on the move to make Gustafson his crew chief.

And, he said the problems which Gordon had during this year’s Chase were not the fault of Letarte.

“Toward the end, we had all kind of problems. I feel like this is exactly what they need and that is why we did it now. We don’t have a lot of down time but there is enough time for them to work some together and get comfortable with each other.”

It looks like this major shift in three of the four race teams at HMS could be a win-win situation for all three race teams.

What is your take on this upheaval at HMS?