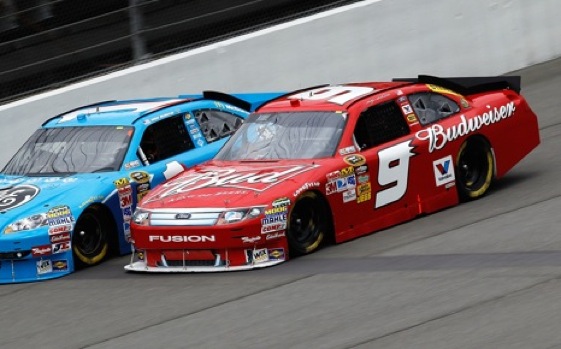 Additionally, sources said that one of the reasons Kahne was released from the team is that RPM owed him a substantial amount of back salary.

A team spokesperson contacted Thursday afternoon declined to say whether or not Kahne was owed money, Roush Fenway Racing was owed money, when team owner George Gillett would publicly discuss his team’s situation or what RPM’s plans were beyond this weekend. “There’s just nothing much to comment on right now,” said Tiffany Breaux of Richard Petty Motorsports.

Breaux did say that Kahne asked for his release from the team and the decision to split with RPM was “mutual.”

Ford Motor Co. officials declined comment, saying it was an issue involving teams only and not the manufacturer.

An RPM team source confirmed Thursday that the team is in a “state of turmoil” and that some team members have serious doubts about their futures – and their paychecks.

Gillett became embroiled recently in a dispute with John Henry, co-owner of Roush Fenway Racing. Henry, principal owner of the Boston Red Sox, bought the Liverpool, England, soccer team from Gillett and his business partner, Tom Hicks, but the sale has been tied up in a financial imbroglio. Repercussions from that dispute apparently played a role in the Roush Fenway Racing decision to put tighter reins on its affiliation with RPM.

There was no indication Thursday that RPM is in immediate danger of shutting its doors, but the team had not revealed its driver lineup beyond this weekend’s visit to Martinsville.

Now that he’s been released from RPM, Kahne will drive the #83 Red Bull Racing Toyota starting this weekend at Martinsville. Kahne will stay in that car for the final five races of 2010, before moving to the No. 82 Red Bull Toyota next year, which will change to #4, Kahne’s sprint car number. With Brian Vickers back in the #83 next year, it appears Scott Speed will be the odd man out next season at Red Bull.

Stay tuned, the puzzle pieces are starting to fit together nicely now!