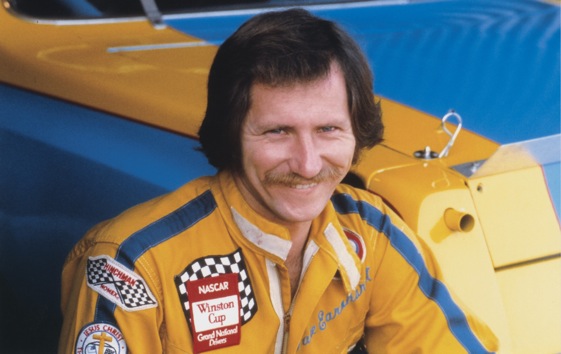 This year marks the “golden anniversary” of  The Atlanta Motor Speedway.  The foundation of this 870 acre facility began back in the planning stage in 1958.

WOMR would like to reflect on some thoughts about the six races at Atlanta that were viewed in person.  The first Atlanta race that WOMR attended was on the spur of the moment, therefore the seat that was available was less than desirable.  It was way down low and just past the old start/finish line.  Since the reconfiguration that location now is on the back stretch, and the grandstands have been torn down in favor of the luxury RV parking.

Having grown up in the San Joaquin Valley of California, there was an abundance of car racing there in the 50’s, 60’s, and 70’s.  Growing up in the Central Valley of California, I had watched George Snider, Billy Vukovich, Jr., Dick Brooks, Al Pombo, Marshall Sargent, Joe Leonard, and Howard Kaeding, just to name a few of the West Coast “hot shoes” race in Fresno, Clovis, and San Jose, CA race on a regular basis.  Additionally, USAC and NASCAR would also make their rounds through California and I witnessed the “immortals of racing”, “Lone Star JR” Johnny Rutherford, Mario Andretti, A.J. Foyt, Jr. Parnelli Jones, Bobby Unser,  Al Unser,Sr., Roger Ward, and Jim Hurtubise as well.

Nevertheless, when I parked my car in the parking lot of  The Atlanta Motor Speedway there was a sense of grandeur like no other that I have witnessed in my, then, 34 years.  As I walked to my seat, the pre-race pageantry, spartan by today’s comparison, was electric.  I thought to myself, I am at the big time, the big show, I’m at NASCAR!

The race cars were being assembled on the grid, down on pit road.  There was “The King’s” car, that legendary Petty Blue and STP Day-Glo #43 Pontiac staring back at me.  WOW!  I looked further and saw Cale Yarborough’s Hardee’s #28 race car.  I peered longer and I spotted the Wrangler #3 Chevy of “The Intimidator”, Dale Earnhardt, Sr.  Then there was the red Budweiser #9 Ford Thunderbird of “Awesome Bill from Dawsonville,’ that “aw shucks” lanky redheaded Bill Elliott.  I spotted Buddy Baker’s racing machine, ol DW’s (Darrell Waltrip)#17 Tide ride was there, and the black #27 Miller Genuine Draft Pontiac of Rusty Wallace was perched on the gird, too.  Just looking at the starting grid sent chills up and down the back of my redneck!

I was totally awe struck!  I had made it to the big time, this is NASCAR!

When the pageantry had concluded and it was time to go racing, I got one whale of a huge surprise.  I had never worn ear protection to any of the races that I had attended while growing up, so why would I need some for this race?  Well, my thinking was totally askew!

Well, have you ever heard what over 36,000 horsepower sounds like up close and very personal?  It is earth shattering, and ground rumbling at the very least.  Pain is the only word that comes to mind!  It was a piecing, ringing, mind numbing, kind of pain!  My ears didn’t recover for two full days, needless to say, the ringing was really hard to deal with for those two days!  It didn’t take long for me to learn my lesson for future trips to the race track!

As the race unfolded, the pain in my ears became more tolerable, the excitement level increased, the cars were unbelievably fast, and the racing was intense.  At the end of the day, I witnessed “Awesome Bill from Dawsonville” win one of his many victories at Atlanta on that memorable Sunday afternoon!

It is a Sunday that I will never forget the thrill and excitement of 43 beautifully painted, finely tuned, deafeningly loud, precision racing machines,  accelerating like a bullet toward the waving green flag to start the Atlanta Journal-Constitution 500.  It was the Who’s Who of NASCAR racing doing what they do for 36 Sundays every year, and WOMR was privy to be there that Sunday afternoon!

So the 50th anniversary celebration this weekend is sort of bittersweet.  Although there is a gala type of an atmosphere at the Atlanta Motor Speedway, it was just announced the previous weeks that Atlanta is loosing its Spring race, thus only have the Labor Day weekend race starting in 2011.  So the fastest race track and one of the cornerstones of NASCAR is loosing a piece of its history, and some its clout beginning in 2011.

But for WOMR The Atlanta Motor Speedway will always hold a special place in my heart and in my mind that can never be replaced!

What is your special memories of Atlanta?