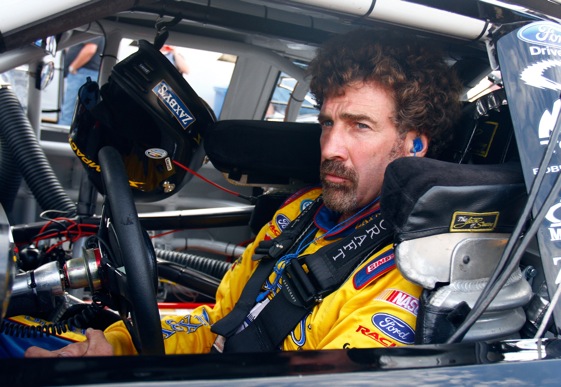 To all “the Said Heads” in the racing world, the lovable Boris Said has finally logged his first NASCAR victory! Said has won on many, many road race venues throughout North America, however, he has never logged a NASCAR victory prior to The Napa 200 at the Circuit Gilles Villeneuve in Montreal.

Over the past 10 plus years it has been Boris Said who has taken it upon himself to tutor most all of the notable NASCAR drivers in “road racing 101″.  Most all the current Sprint Cup and Nationwide drivers have been students of Boris Said, at one time or another, and have heaped praises upon Said for helping them to acquire some additional road racing skills.

Nevertheless, Boris has struggled over the years to try to compete at the Sprint Cup and Nationwide level due to sponsorship issues.  A few times Said’s attempts to make “the big show” have been spectacular, only to be thwarted by “the weather gods”

Very late in the race, Boris Said took the lead on a green-white-checkered restart, lost the lead briefly on the final lap, regained it on the final turn and held off two other top road racers to win Sunday’s Nationwide Series race at Circuit Gilles Villeneuve in Montreal.  From turn #14 to the start/finish line it was a pure drag race between the Roush-Yates Ford horsepower and the Earhnardt-Childress Chevy horsepower.  Said and the Roush-Yates horsepower won by .012 seconds!

Said’s .012-second margin of victory was the closest ever on a road course in the Nationwide Series, the fifth closest overall in series history and the closest since 1998 at Homestead-Miami Speedway.

It was Said’s first victory in the series, which includes 22 starts but spans parts of nine seasons.  “I’ve been trying so long and this race is so tough,” Said, looking as much exhausted as happy, said. “It was good racing. It was clean racing.”

Here is the unofficial results of the Napa 200 at Montreal.

What was your view of one of the most exciting road races in recent memory?