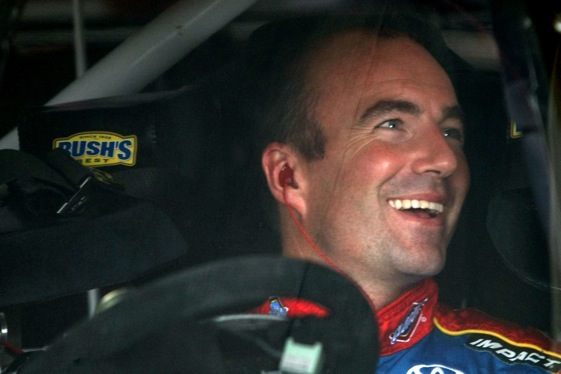 Richard Petty Motorosports announced today that Marcos Ambrose will be replacing Kasey Kahne in the #9 Stanley Tools Ford in 2011.  Ambrose, a native of Australia, has been piloting the #47 JTG/Daugherty Toyota for the last few years.  Ambrose said that his desire to leave JTG/Daugherty Racing team was his desire to win races and championships.

“I believe I’m as good as anybody out there and can win four championships, just like Jimmie Johnson can,” he said.

Ambrose said he feels he now has “all the ingredients I need” at RPM.

At RPM, Ambrose will be teammed with A.J. Allmendinger and drive a Ford. Both Ambrose and Allmendinger got their starts on road courses.

Ambrose has started 70 races in his Cup Career. He has not won a race but has six top-five finishes.

His best finishes this year have been on the Infineon and Watkins Glen road courses where he was sixth and third respectively.

“We are very happy to have Marcos Ambrose join our team,” said NASCAR Hall of Famer and team owner Richard Petty. “He’s a very talented and passionate driver and will be a great addition to our team.”

“We knew once Marcos became available that we wanted him to be a part of the RPM family,” said Foster Gillett, managing partner and team owner. “He’s a fan favorite and he’s proven to be a tough competitor on track. We’re thrilled to have Stanley continue their partnership with our team and believe that Marcos is a great fit for the Stanley Racing program.”

This wasn’t a well kept secret in the garage.  What is your thoughts of the new driver in the RPM stables?