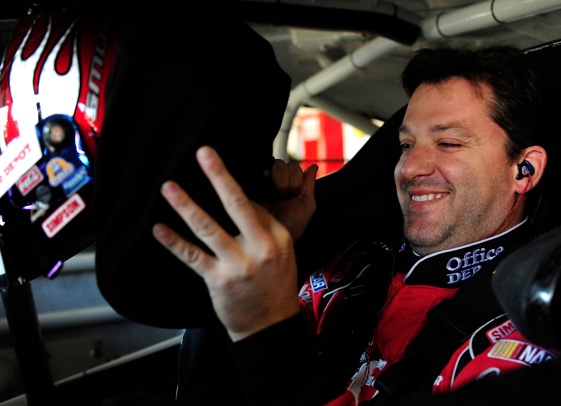 Friday Tony Stewart secured his second pole of the 2010 season and the twelfth of his career.  Stewart’s qualifying speed was 171.393 mph.  Summer is in full swing, which traditionally is when Stewart gets down to business and shows ’em the fast way around the tracks, however, “Smoke” is still looking for his first victory of the 2010 season.

“Well, we’ve been having a lot of fun,” Stewart said. “We got here to Pocono late last night. We were in Fargo, North Dakota last night racing a winged Sprint Car and I was racing with some of the best wing guys in the country and crashed myself out of a second place run last night, so I was mad when I got here. I told (crew chief) Darian Grubb and these guys that it might be a long practice day and I wasn’t too bad on them was I was going to take it out on somebody and I took it out on the stopwatch there during qualifying.”