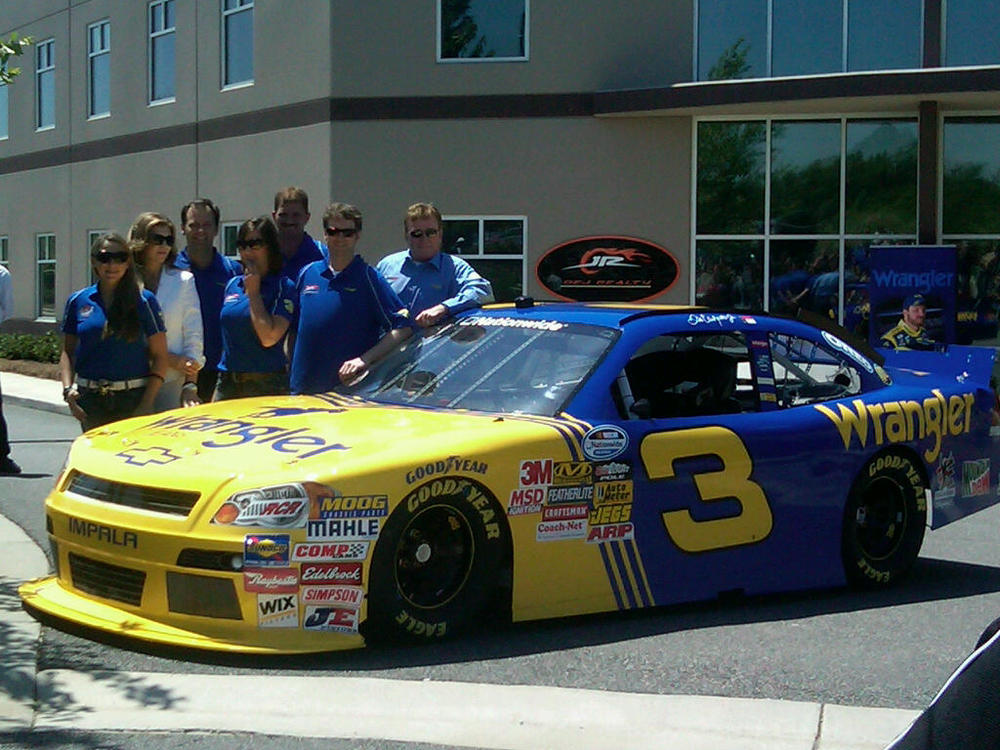 This weekend the Nationwide Series brings their new generation race cars to the track for their first introductory race of 2010.  These new cars will incorporate all of the new safety elements from the Sprint Cup CoT (Car of Tomorrow/Today).

The new Nationwide cars will move the driver a little further to the center of the car, a bigger “greenhouse” (cockpit area), and increase side protection from possible T-bone crashes.  The body is wider and the wheelbase has been increased from 105 inches to 110 inches.

Ford, Dodge, Chevy, and Toyota all have their respective versions of the new car on display this weekend racing at Daytona.  Ford has badged their new car the Ford Mustang. Dodge has elected to have their Dodge Challenger the name badge for their entry.  However, both Toyota and Chevy have kept the Impala and Camry, respectively, as their entries.

The Nationwide officials are very quick to point out that these new rides are not to be confused with the Car of Tomorrow (CoT) moniker bestowed on the Sprint Cup cars a couple of years ago.  Could it be that the Nationwide is really using the Car of Yesterday?

This new designed race car is a far departure from the homogenized look for the past decade or two. The only way to decipher a Ford, Chevy, Dodge, and Toyota in the past was to read the decal on the front or rear bumper.  Conversely, these Nationwide cars are designed to resemble the actual lines and the look of that car!

Workingonmyredneck, (WOMR) is very excited to see these new race cars out on the track this afternoon.  But of utmost interest, is the first view of the Wrangler #3 Chevy driven for this race by Dale Earnhardt, Jr.!  When he first rolls off pit lane in practice this afternoon there will be some old memories conjured up in the race fans’ minds constituting some big smiles, there will be most definitely huge cheers, and quite possibly some tears from some of the die-hard Black #3 fans!

What is your view on the new Nationwide race car?

TIL NEXT TIME, I AM STILL WORKING N MY REDNECK!