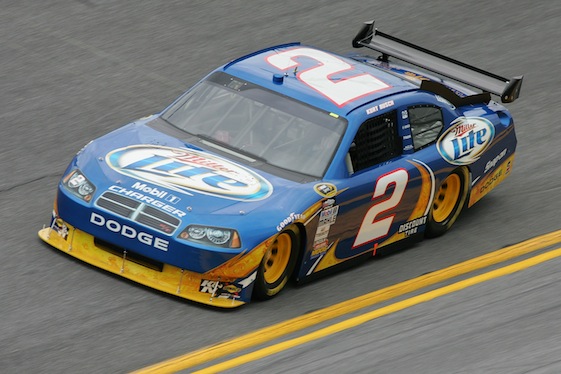 Kurt Busch, chauffeuring the “blue deuce”, racked up another pole for the Helluva Good! Sour Cream Dips 400 Sprint Cup race at Michigan International Speedway. It was his second pole of the season driving the Penske Racing #2 Miller Lite Dodge, the first pole was at Las Vegas.