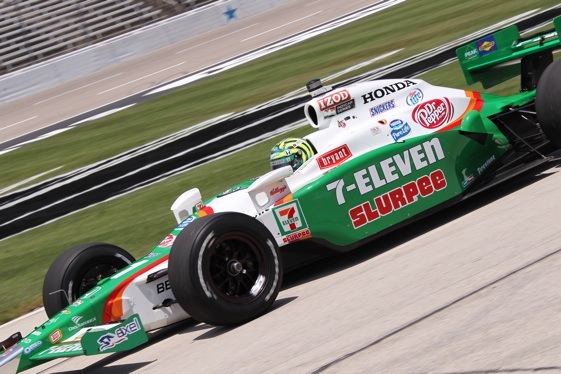 Additionally, Bernard has announced that the ICONIC committee has made  decision to come full circle in the engines.  That full circle is to return to the pre-CART split of having turbochargers instead of normally aspirated engines.  The new platform is a turbocharged 2.4 liter 6 cylinder engine, that will produce between 550-700 hp to fit the diverse tracks on the new schedule.

It is quite interesting that the IRL is going back to turbocharged engines.  One of Tony George’s reasons for changing to normally aspirated engines, when he created the IRL and split from CART, was to cut the cost and even the playing field among the race teams!

So it looks like the 2012 IndyCar season will look and sound very different than the 2010 season.  A radical change is coming to this racing series, which will essentially take it back to where it was in 1995.  The more things change, the more that the stay the same!

What do you think of the proposed changes for the IRL in 2012?