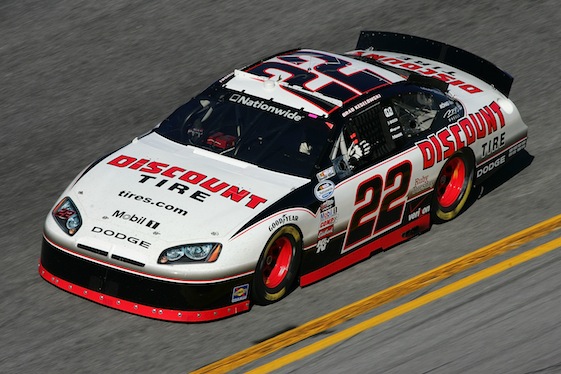 Even though Carl Edwards was able to briefly edge Keselowski twice for the lead on late restarts, he ended up finishing second.  With his second place finish tonight, Edwards moved up in the point standings from 4th place into 3rd place.  Paul Menard had a great night finishing third in the race.  Rounding out the rest of the top five is Justin Allgaier and Mike Bliss.

This race in Nashville is the first of the “stand alone” nationwide races.  These stand alone races give the “nationwide only drivers” the opportunity to showcase their driving skills with only a very few of the old “buschwackers” shuttling between the Sprint Cup and Nationwide races.

One noticeable fact tonight, “Blazingly Bad Brad” didn’t attempt to smash his beautifully handcrafted Gibson guitar like the winner of last year’s race tried to do!