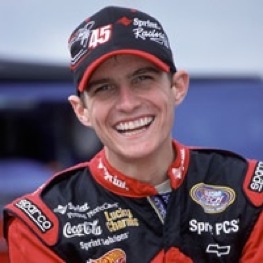 Last weekend marked the 10th anniversary of the death of Lee Petty’s great-grandson, Richard Petty’s grandson, and the son of Kyle and Patti Petty, Adam Petty.  It is hard to believe that ten years have passed since that tragic Mother’s Day weekend accident at the Louden, N.H. race track.  Adam was such a charismatic young man from the legendary Petty family.

Adam Petty’s death ended the greatest dynasty in the history of sports!  Adam’s father, Kyle Petty was a very popular driver.  His grandfather is “The King”!  Adam’s great-grandfather was Lee Petty, and early champion and founding pioneer of NASCAR.

That was the mantle that Adam was poised to inherit.  It was a banner that was handed down to him by three generations of Pettys.  However that dynasty came to a very sudden and extremely grim stop on that Friday afternoon of Mother’s day weekend at New Hampshire Speedway in a tragic accident during practice.

A decade later, the famed Petty Enterprises is no more. Kyle has given up racing for broadcasting. Richard remains active as a figurehead for another team.  After a half-century of thunder and glory, there are no more Pettys on the track.

And now we are left to wonder, had Adam lived, what might have been?

Nevertheless, there was good that came out of Adam Petty’s premature death, it is called The Victory Junction Camp.