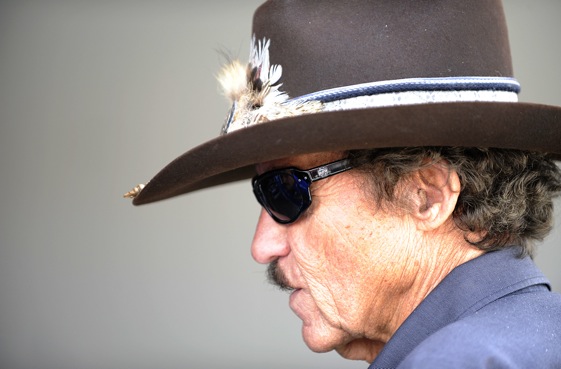 None of the wives are more respected than Richard Petty’s wife, Lynda Petty.

Lynda has been battling lymphoma for several months and recently got some good news. Richard, in a press release, reports that the cancer is in remission; in fact, doctors believe they have completely eliminated the growth.

“She’ll still have to take some treatments from time to time but at least she has got all her faculties back and we’re looking forward to another 50 years with her,” Richard said.

Lynda Petty, like most racing wives, was often the glue that held her famous family together, and it wasn’t always easy. She watched her husband and son survive crash after crash and endured the broken-heart agony that only a parent or grandparent can know when grandson Adam failed to walk away from a wreck at New Hampshire.

Lynda was always there – by gravesides and bedsides – stoic and solid.

Richard tells a humorous story about Lynda when he was trying to decide on retirement:

“I said I’d quit racing when it wasn’t fun any more,” he said, “and about a week later I got caught up in a big wreck and ended up in the hospital. I was laying there all beat up and bruised and bandaged and Lynda walked into the room. She came over beside my bed, stood there lookin’ down at me for a long minute, and finally said, “Well, are we still having fun?’ ”

Stevie Waltrip, Darrell’s wife, once told me that drivers have no idea of what their spouses go through during a race.

“They’re out there on the track, busy and concentrating on driving their cars,” Stevie said. “Meanwhile we wives have to sit there and watch and think about what could happen at any moment. The guys get the excitement, the wives get to worry.”

Richard said it took Lynda’s illness to make him really appreciate her.

For 50 years I’ve been out messing around with a race car, ever since we’ve been married,” he said. “I’ve always said that racing comes first, and if she works real hard she can be No. 2. I finally said (during her battle with cancer), ‘Wait a minute, it’s time to give her my next 50 years.”

So if Richard Petty is the King, shouldn’t Lynda be the Queen?

Remember, we don’t always know what a good thing that we have til it’s gone!