It has been 155 races since Tony Stewart qualified on the pole for a Sprint Cup race.  The last time he sat on the pole for a race was October 2005 at Martinsville.  But “Smoke” showed the boys the fast way around The Texas Motor Speedway Friday afternoon!  The Stewart-Haas Racing #14 Office Depot/Old Spice Chevy will be leading the 43 thundering race cars to the Green Flag in The Samsung Mobile 500!  This Stewart’s only 11th pole in his 400 race NASCAR Sprint Cup career.

“I’m not normally a very good qualifying so that is a great great run for our Office Depot/Old Spice Chevy,” Stewart said. “I want to thank Hendrick chassis and engines.  This one is for everybody at Stewart-Haas Racing,” Stewart said. “They have really been working hard. Last weekend was a good weekend for us as an organization. I am really proud of what they are doing, so thank you guys.”

Ryan Newman, Stewart’s employee/teammate at Stewart-Haas Racing and who won last weekend’s race in Phoenix, qualified 10th fastest.  Newman said, “We’re real close now to where we were at in Atlanta (performance wise and handling) even though we have the spoiler now,”

Sam Hornish,Jr. put his Penske #77 Mobil One Dodge on the outside front row for Sunday’s race, which really shows a huge improvement for that Penske race team!  Hornish said. “I was real happy with our car at Atlanta. If we have a car here that runs anything like what we did at Atlanta and starting where we are this weekend, we’re going to lead some laps. So, I’m looking forward to Sunday for sure.”

The rest of the top 10 starting lineup looks like this:

9.  Dale “time to get out from under the shadow of greatness” Earnhardt, Jr.

Sunday will be a big test for the new/old spoiler and the current race car.  This is one of the fastest tracks on the NASCAR circuit, there will be some new characteristics that will be revealed with the CoT and the spoiler.  With speeds of 190 MPH at Texas, defining the balance of this race race and putting that product on the track for the driver to race is going to be challenging for the crew chiefs!

The Samsung Mobile 500 should be a very interesting and a very exciting race for all the spectators.  So race fans get ready for one whale of a race!  Just remember on Sunday be prepared for a very exciting finish of the race! 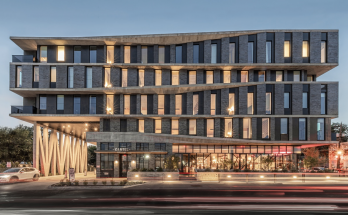