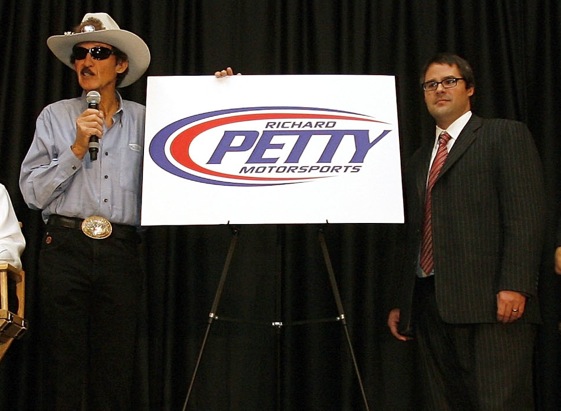 Foster Gillette, co-owner of Richard Petty Motorsports, fully expects Kasey Kahne to fulfil his commitment to RPM and The Ford Motor Company for 2010.

Not only do I expect that, the one thing that I do know well is what a gentleman Kasey Kahne is,” Foster Gillett, son of team principal George N. Gillett Jr., said Friday morning at Texas Motor Speedway. “I really, really believe that not only will he fulfill his contract and his commitment to us, but he’ll do it to  the best of his ability. He’ll uphold all of the commitments that he has.”

“I think a lot of people explain him as kind of a racer’s racer,” Gillett said. “If you give him great equipment, he’ll go and win and I think that’s our focus. I really believe we have a championship-caliber team in the No. 9 team as a whole, with the driver and the sponsor and all the people that are a part of it. Our goals haven’t changed. We show up here to win with that car. We show up to win with all of our cars and we look forward to trying to get him into the Chase and compete for a championship.”

I think many different owners or teams in this sport would take a 30-race contract with Kasey Kahne to try and do the best they can,” Gillett said. “He’s probably one of the nicest people in this sport. He’s one of the greatest racers and we’re pleased to have had him for as long as we have, and we’re focused on our next 30 races with him to see what we can do. We want to win races. Obviously, when there’s a change like this it opens opportunities for others. I think we’re trying to focus more on what opportunities we have than what we might potentially lose.”

Gillett declined to say if Kahne has a non-compete contract that prevents the driver from taking Bud with him to another team. “That’s a contractual, private matter and we’re going to keep it there,” said Gillett, whose current lineup also includes Elliott Sadler, A.J. Allmendinger and Paul Menard. Of that group, only Sadler (three wins) has visited Victory Lane in NASCAR’s premier series.

Through all of this massive upheaval, Gillette talked very positively about the driver that is bolting from his stable.

However, one of the biggest fall-outs from all this upheaval at RPM is the possibility of loosing Budweiser as the big dollar sponsor for RPM.  That could be a catastophic for RPM and possibly add to the already financial difficulties that they have had to endure.

Stay tuned gang, the Hendrick-Kahne saga still has a few more chapters to be written!