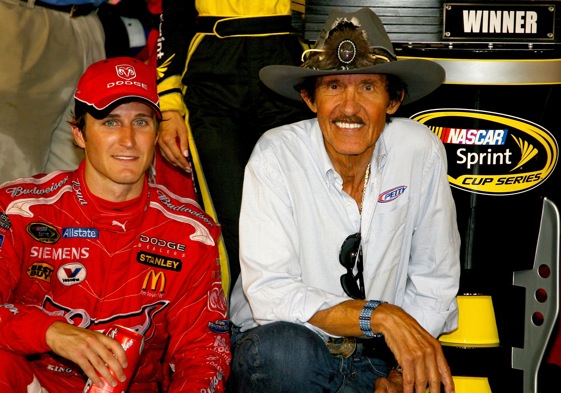 Hendrick Motorsports would not comment on Kahne coming their stable in 2012.  Also there was no statement on what Kasey Kahne’s 2011 season will entail.  However, officials from Kahne’s current team, Richard Petty , did confirm that Kahne and RPM will go their separate ways at the end of the 2010 season.

HMS currently has four drivers all locked into contracts through the end of the 20011 season, Jeff Gordon, Jimmie J0hnson, Mark Martin, and Dale Earnhardt, Jr.  However Stewart-Haas Racing, who is very closely aligned with HMS, only has two race teams at this time.

Could Stewart-Haas Racing provide a position and race team for Kasey Kahne to compete in the 2011 season?  That could be a strong maybe!

One Comment on “Kasey Kahne Jumps To Hendrick Motorsports”