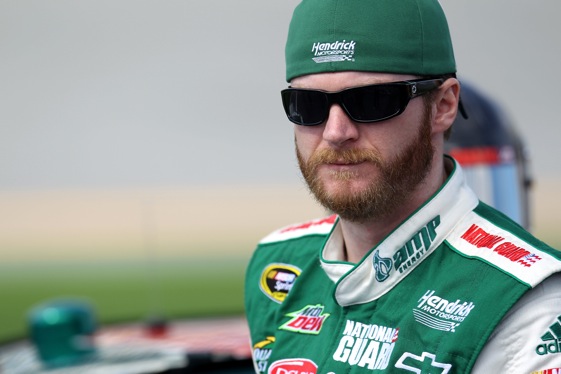 This past week Darrell Waltrip suggested that Dale Earnhardt, Jr. should go out get a Camping World Series Truck ride, have some fun, and win some races.  Waltrip suggests that by doing that, racing in the Truck Series, possibly winning some races, that it would greatly increase Dale Jr.’s confidence and make him a better Sprint cup driver!

Waltrip’s philosophy, go backwards to go forward!  That is to say go back to the lower rung of elite NASCAR series, the Truck Series, have some fun and win some races, gain some confidence, and apply that to the Sprint Cup Series!

“He needs to get somewhere where he can win, and I’d get him in a truck,” Waltrip has said.  ” Not a Nationwide car, a truck, they’re fun to drive!”  “I’d go out and win me a couple of races.  I think that is what he needs, it would really help his confidence, and I think his fans would really like to see that.  I think that it would be a win-win,” ol DW continued.

I think that ol DW has got something there!  I think that if I was Dale Earnhardt, Jr., I’d go out and win me a couple of Truck races, get my confidence back, then show the Sprint Cup boys the fast way around the track!

So there just might be something correct in that phrase, ” you got to backwards to forward”!