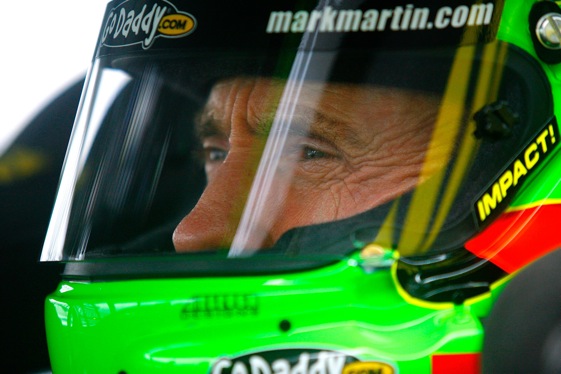 Apparently Mark Martin’s fairy tale 2009 season was no fluke!  However, it appears that Dale Earnhardt, Jr.’s horrendous 2009 season was just that, a fluke!  Likewise it appears that Hendrick Motorsports is the team to contend with again in 2010!  That is the case if the 2010 Daytona 500 qualifying session means anything for the up coming season.

Mark Martin, the ageless wonder at 51 years old, captured the pole for the 52nd running of the Daytona 500 on February 14th.  It was Martin’s first Daytona 500 pole of his career.  Martin’s team mate and building mate, Dale Earnhardt, Jr. sits along side him in the front row, qualifying second, when the green flag drops next Sunday for the Daytona 500!  That means that it is an all Hendrick Motorsports starting front row.  The rest of the starting line will be determined after the running of the Twin 150’s next Thursday.

During the off season Rick Hendrick, owner of Hendrick Motorsports, handed down a directive to both of the crew chiefs of the #5 and #88 teams to work together to ressurect the free-falling #88 AMP Energy/National Guard Chevy driven by Dale, Jr.   If the Daytona 500 qualifying session is any indication of what has transpired in the off season, then it would appear that the directive was heeded, the crew chiefs collaborated, and results are there.

Now that qualifying is competed, the starting lineup for the Twin 150’s are set.  Let’s go racin’ boys!