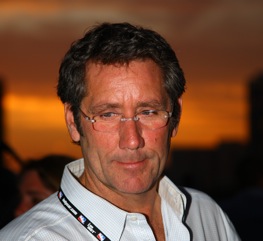 Another chink in the armor of Tony George was unveiled today.  George announced that he is suspending the operations of Vision Racing, his IRL race team also co-owned by actor Patrick Dempsey.  George’s step-son, Ed Carpenter, drove for the team, which was purchased in 2005 when Mr. George bought the assets of  Kelley Racing.

This move is the latest blow to Tony George and his racing empire.  2009 was a catastrophic year  for Mr. George.  In June of 2009, Tony George was forced to resign as the CEO of The Indianapolis Motor Speedway, which his family has owned and controlled since the end of WWII, and relinquish all control of the many family corporate businesses.  Two weeks ago he resigned from the IMS Board of Directors.

George has also resigned from a leadership role of The Indy Racing League, which he founded to be a more affordable alternative to CART.  Effectively, the IRL did more to damage the health of open wheel racing than good in the US.  By starting his own sanctioning body, the IRL, and reserving 2/3 of the starting positions for Indy 500 for the IRL competitors, it drove a huge cavern between CART and the IRL that took 12 years to resolve.  Ultimately forcing CART into bankruptcy and dissolving all together.

Tony George single handedly put open wheel racing in the US on life support for the 12 years that there was a division between CART and the IRL!  The Indy 500 has lost a large portion of glitter of being “The Greatest Spectacle In Racing”.  Thank you Tony George!

So with this latest announcement, the high flying Tony George is looking for a place to dock and right his sinking ship!  The once very influential executive is grasping for a life vest!

What is your take on Mr. George’s fall from his Titanic leadership roll? 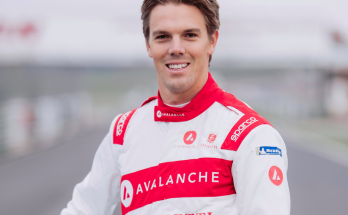