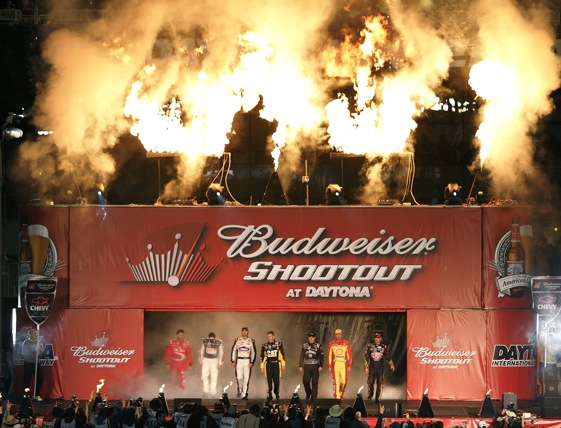 Now that NASCAR has tweaked the rules for the Budweiser Shootout, the possibilities for 2010 could be endless.  The Bud Shootout is now open to all the previous season’s Chase contenders, any past Daytona 500 and Pepsi 400/Coke Zero 400 winners, any past Busch Clash/Bud Shootout winners, past Cup champions, and the reigning Raybestos Rookie of the Year winner.

Think of the possibilities that now exist!  Under these new tweaks to the Bud Shootout rules think of all the “old timers’ that could hop into a race car and be allowed to compete in the 2010 Bud Shootout.  Do you wonder now how many of these”oldtimers” are trying to find sponsorship and a viable ride for the Bud Shootout!

If these driver were to find sponsorship and rides, we might need to change the name of the race to maybe “The Shootout at Old Guy Corral”!

What do you think about the new rules for the 2010 Budweiser Shootout?