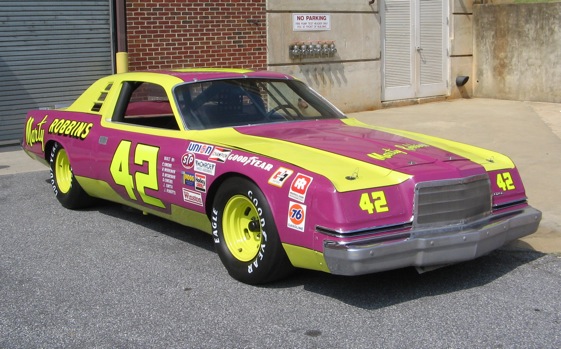 What was once known for her fast, wild, and frisky Saturday nights will soon be just a memory!  The historic Nashville Fairgrounds Speedway is closing their doors after this weekend’s race.  That will close the book of one of the most historic and fabled short track in NASCAR history.

“It will be a sad weekend”, said track president Danny Denson, who operates the Nashville Metro owned facility.  ” You might even see a tear or two”.

The Nashville City Council has decided to “re-develop” the 114 acres that the facility sits on.  That means that they have given up on auto racing, the State Fair, Christmas Village, and other long time entertainments!  Officials claim that these events are not profitable, although Denson and others dispute the claim.  “We do not receive any tax dollars so we can not lose any taxpayer money, which is more that most city owned facilities can claim”, Denson continued.

But still city officials say that the track will shut sown on June 30, 2010.  Denson said that he can not run a half season next year.  With the June 30th deadline still in effect, this weekend’s All-American 400 will be the final race for the Nashville Fairgrounds Speedway.

The lineup for the final race weekend includes, Ross Kenseth, the 16 year old son of Matt Kenseth.  Additionally included in this race will be Chase Elliott, the 14 year old son of “Awesome Bill from Dawsonville” Elliott.

History runs very deep at this fabled racing facility.  Names like Darrell Waltrip, Coo Coo Marlin and his son Sterling Marlin, Bobby Hamilton, Sr. and his son Bobby, Jr., and a country music singer by the name of Marty Robbins, got their career started at this Nashville racetrack.

It would appear that no weekly racing program has a richer and more historic tradition than the one at the Nashville Fairgrounds Speedway.

It will be a very sad day when the padlock is put on those gates for the last time!

But long after the facility is leveled, there will be the faintly rich sounds of Marty Robbins singing “Devil Women” and “El Paso” echoing throughout this site!

2 Comments on “She Was Fast And Wild: Soon Just A Memory”