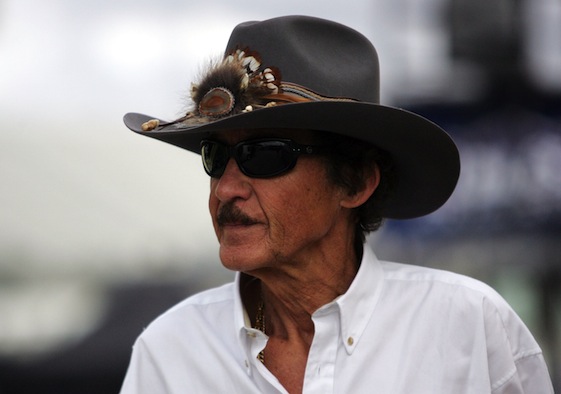 Most probably because of these tough financial times Richard Petty folded his racing team, Petty Enterprises, into Gillette-Evernham Racing prior to the start of the 2009 season.  Even though Petty remains the face, and quite often the voice of Richard Petty Motorsports, most think he is little more than a figurehead for the organization.

Having this knowledge, then just what does the King of NASCAR and the Prince of Saudi Arabia have in common?  Read on and you might be enlightened.

Earlier in the week it was announced that George Gillett, Jr., the largest shareholder of Richard Petty Motorsports, had signed a “commercial collaboration agreement” with Prince Faisal bin Fahd bin Abdullahal-Saud , a member of the Royal Saudi Family.  Although this agreement is a little murky, nobody really knows what this really means, but RPM surely could use the financial help!

Now there are some whispers and rumors that Gillett, who sold his NHL team the Montreal Canandians, wants out of NASCAR and his co-ownership of the Liverpool football ( soccer) team.  Prince Faisal has the interest, as well as all the money needed to bail Gillett out of all of his sports holdings!!

These questions beg to be asked about Richard Petty Motorsports.

1.  What role will Prince Faisal have in this organization?

2.  What role will Richard Petty have with the race team?

3.  Will there be prayer rugs in the RPM haulers?

4.  Will the engine be measured in Camel-power versus horsepower?

5.  Who will fill the void left when V.P and managing director of racing competition, Mark McArdle, parted ways in September?

6.  Will the race team headquarters be moved to Jeddah or Riyadh in Saudi Arabia?

What are your thoughts about this Middle East foray into NASCAR?